France is an attractive business location for foreign investors in many ways. With 66 million inhabitants, and a Gross Domestic Product of 41,005.30 USD per capital (2015), France domestic market is an important factor to take into account for a site selection process in Europe. 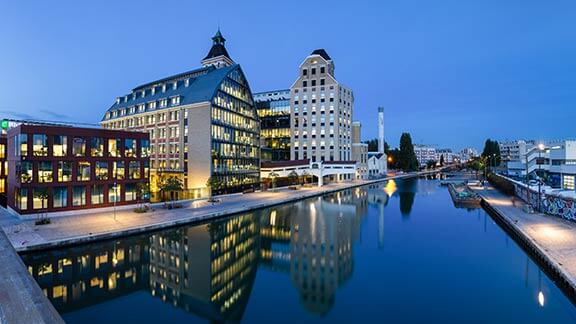 A strategic position in Europe with efficient transport infrastructures

France’s strategic position and efficient transport network make it a hub for Europe and North Africa.
Access to the European Union markets (27 countries) 2014 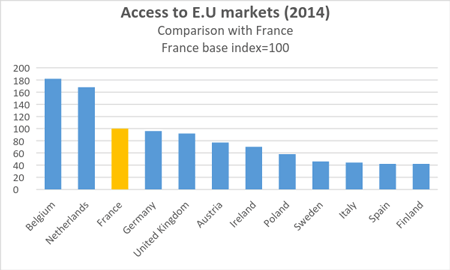 It has among the best road networks and airports in Europe, by total passengers and volume of goods transported.

Transport infrastructures: airports
Roissy-Charles de Gaulle airport is the first European airport for freight transport. Other French cities serve as hubs to connect you with Europe and the rest of the world.

Transport infrastructures: Roads
France has the first road network in Europe, with more than one million kilometers of roads.
France ranks second in Europe in transport performance, with 100,969 million ton kilometers per year. 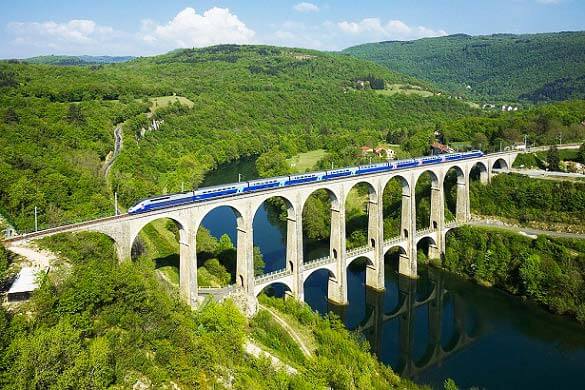 France, a country of entrepreneurs

It is easy and fast to register a company in France. New entrepreneurs are numerous because they benefit from a favorable business environment.

Time required to start a business in France (in days):
According to the World bank (online data 2016), it takes less time to register a company in France than in the UK or in Germany.

High number of new entrepreneurs every year
In 2014, about 230,187 new companies were registered in France, i.e a 7.2% rise compared to the previous year.

A qualified and highly productive labor force, with lower growth in labor costs than in other E.U countries

It is easy to recruit qualified people in France given the level of educational background of a large number of French people. The French are among the most productive in the world. The last governmental measures to increase competitiveness within the companies have proved their efficiency with a labor cost growth lower than in the neighboring countries.
45% of the people aged 25 to 34 years old graduated from college.

France ranks 8th worldwide in terms of labor force productivity (GDP per hour worked).
French people work more hours per week than the EU average. The French work 37.2 hours a week in average, compared to 35.2 hours in Germany and 36.7 in the UK.

France is a favorable environment for welcoming R&D activities.
R&D staff in France is well represented. With 14.5 researchers out of 1,000 active people, France is among the leading countries (statistics from OCDE)